Management and Mismanagement of PNTL Weapons 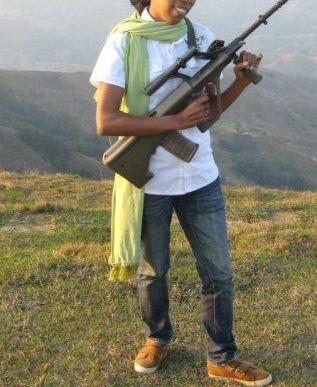 Management and Mismanagement of PNTL Weapons

Following the peaceful conclusion of the 2012 elections in Timor-Leste, it seems almost certain that international peacekeeping forces will leave Timor-Leste by December 2012 placing all responsibility for Timor-Leste’s community security in the hands of the PNTL.

Yet the recent alleged murder of student Armindo Pereira Alves by PNTL during two days of unrest this summer highlights an ongoing problem in our national police service: the PNTL has improved significantly since the crisis of 2006 and no longer suffers from extreme factionalism; however, it remains an institution that cannot adequately manage its most dangerous assets – its weapons.

Fundasaun Mahein (FM) has written many times about the use and abuse of weapons in Timor-Leste. While there appears to be general improvement in the avoidance of major abuse, such as with the distribution of PNTL weapons to civilians in 2006, there is an ongoing day-to-day mismanagement of police weapons throughout the country. For more information, please see previous FM reports.

The history of weapons mismanagement in the PNTL begins with its inception in 2001 and continues to this very day. Since 2001, there has been widespread mismanagement in handling of weapons. Many civilians have been shot and wounded or killed by on-duty and off-duty PNTL officers. There has also been a pattern of PNTL mismanagement in the tracking of weapons as many weapons that were lost before, during, and after the crisis of 2006 have yet to be recollected. Fundasaun Mahein (FM) has found that just between July 2008 and January 2011, the PNTL lost 26 9 mm Glock pistols. FM finds this type of incompetence, particularly after the crisis of 2006, very worrying.

The Timorese public still has no knowledge of the total number of missing weapons. As of late 2011/early 2012, Fundasaun Mahein (FM) had been quoted two different numbers for the total of missing PNTL weapons. While a PNTL memo dated 6 January 2011 stated that 47 weapons were missing, a joint PNTL-FFDTL workshop on 5 January 2012 stated that 52 weapons were still missing. Fundasaun Mahein (FM) is confused about which number to believe, as the audits have never been made fully public.

The evidence suggests that the PNTL cannot yet properly manage its weapons, and as a result, police officers are sometimes responsible for the shooting deaths and injuries of civilian citizens. While at some level of this type of incident is inevitable, Fundasuan Mahein (FM) believes the rate of such behavior in Timor-Leste is too high.

Furthermore, Fundasaun Mahein (FM) believes that while the weapons are owned by the State, the State belongs to its citizens and the citizens have a right to know what is happening with the weapons that are sometimes used to victimize them when they should be used to protect them.

The most obvious reasons for ongoing mismanagement of PNTL weapons lie in three categories, all of which are interrelated:

• Firstly, PNTL officers lack discipline both at the senior and junior levels in following both PNTL guidelines and Timorese laws.

• Secondly, the justice system often finds itself unable to properly enforce the law when it comes to prosecuting and convicting accused police officers.

• Thirdly, PNTL lacks physical armories for the large number of police stations around the country.

1. That the SES build armories in all locations where there are weapons.

2. That the SES withdraw all weapons in locations where there are no armories.

3. That once the actions above are done that PNTL officers suspected of weapons violations be immediately suspended indefinitely – until they are all are either dismissed for professional misconduct or cleared of all charges.

4. That the SES publish on an annual basis the details of all weapons violations and the status of those cases, as well as provide Committee B of the National Parliament with an independently verified audit of its weapons stocks.

5. That the Commander General of the PNTL apply the already-existing rule wherein PNTL officers only carry weapons while they are on-duty and never while they are off-duty.

For further information see the following: 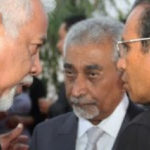 Six months have passed since the Parliamentary Election on July 22nd of last year. During this entire time, political deadlock has persisted, meaning that Timor-Leste’s leaders are focused on struggling 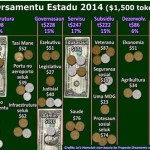 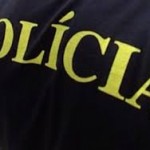 The many police institutions of Timor-Leste What makes them different? The term “police” in Timor-Leste makes people think only of the National Police of Timor-Leste (PNTL), because the PNTL works